Inspiration and Lessons from Tony Hawk 🛹💕 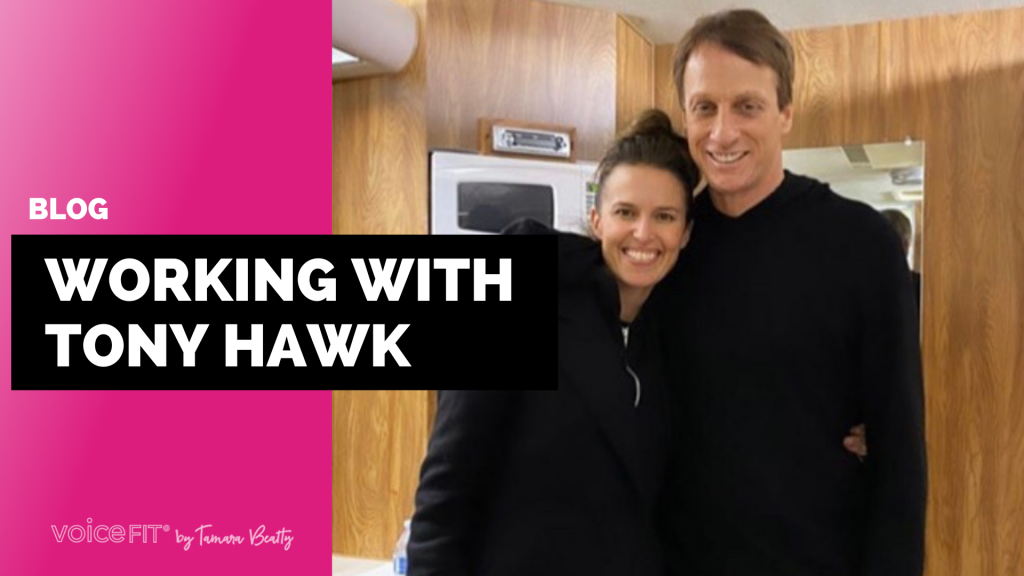 There’s no two ways about it. Tony Hawk is cool. If you don’t know him, take a quick google search and you’ll see he’s a legend in his field. He’s a skateboarding guru and one of the true founders of the sport. He’s incredible, bold adventurous, highly skilled, and, I’ll say it again, cool. When we worked together, I always left feeling inspired. The way he approached practicing was unlike most people I work with. 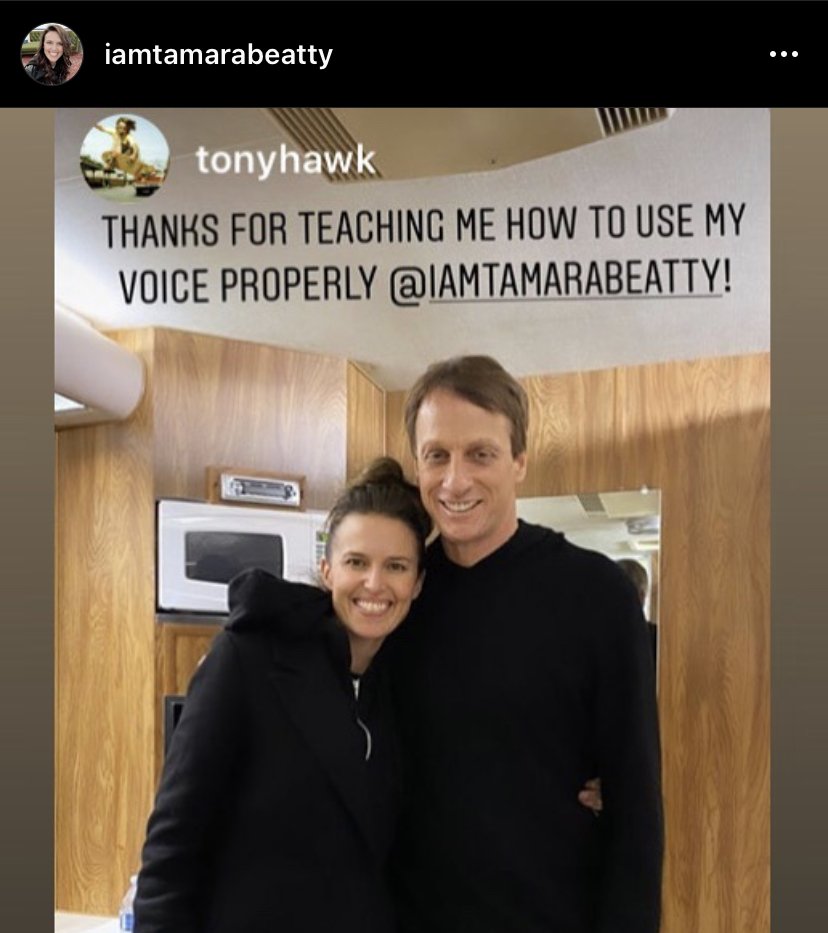 I feel very lucky to be able to work with amazing singers. But above all, I feel extra lucky that I also get to work with people who incredible at what they do, even if they’re not singers by trade. Like Tony. Working with pro athletes may be among my favorite (as you may have already guessed). I just love seeing how high-performing individuals think, work, and practice.

The entire time I worked with Tony, he was calm and collected. He was also ready to try anything. He had an attitude of “yeah, sure!” when asked try something. He never once backed down during our preparations. And he didn’t really understand the idea of playing it ‘safe’. I started to see how the culture of skateboarding was really showing through in such a cool way.

As singers, we largely focus on sounding and looking good. But what about the behind-the-scenes process to get there? In skateboarding, it is fully expected to to try a move, fall, and try it again. Falling is not failing. It’s a necessary part of the process to getting to do something bigger and better. If you don’t expect to fall, then you’re probably not going for it hard enough.

If singers approached singing and performing this way, it would be a game – changer. Flat note? No worries, try again. Can’t sing a phrase easily? Not a problem, just repeat a gazillion more times and there you go! Tony embodied this. It wasn’t his philosophy. It was the way it was. It’s not personal if you don’t get it right, right away. It’s expected. Simply take action, keep going, know you can do it, and suddenly it starts to happen.

I hope that Tony’s approach to life, skateboarding, and singing reminds you that you CAN do hard things. And, I encourage you to take his approach and remember it when you feel like you’re “failing” at something (whether it’s singing or not). Remember that falls are part of the process, and you’ll come out stronger, smarter, and more determined on the other side.

Sometimes you’re just cool. Tony is that. Being around him makes you feel like it doesn’t matter who you are or how old you are. If you want something. Go get it.

Ready to take your voice training to the next level?